(BEVERLY HILLS, Calif. – May 5, 2015) The results are in! After three months of cut-a-thons, fashion shows, princess parties, and thousands of other “FUNraising” events, the 14,000 Future Professionals and staff members from 110 Paul Mitchell cosmetology schools raised $1.7 million in their 2015 FUNraising campaign. Proceeds will benefit 11 major nonprofits and several smaller charities chosen by Paul Mitchell Schools in their local communities. 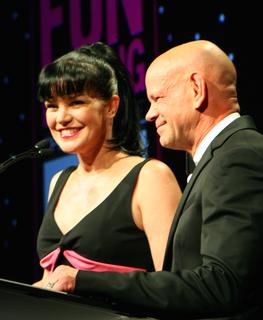 Paul Mitchell Schools’ Dean and Cofounder Winn Claybaugh says, “Over the past 12 years that we’ve been raising money for a variety of charities, I’ve learned that we must always keep our hearts and intentions in the right place. Whether our businesses are highly profitable or below our projections, we must continue to be a part of Generation G—the G stands for generosity. I firmly believe in the law of attraction, meaning that what we put out there comes back to us, so we will always put good thoughts, words, and actions out to the universe.”

In addition to revealing the grand total raised, the event also acknowledges the top 10 FUNraising schools and other major contributors, such as the Advanced Academy educators who donate their time and talent to the campaign, and the winners of the annual “First 100” contest. For raising at least $3,000 individually, these students and staff members attended the Gala and “meet and greet” photo op plus a day of hands-on education with Paul Mitchell Editorial Director Lucie Doughty and international educator Fumi Eguchi. 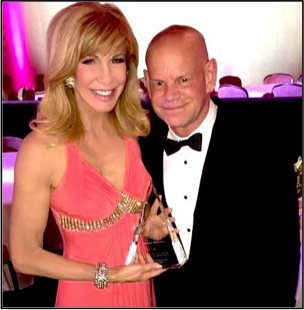 In recognition of her longstanding commitment to the FUNraising campaign, the 2015 Andrew Gomez Compassionate Service Award went to Celebrity Apprentice winner Leeza Gibbons. During the first eight years of the FUNraising campaign, Leeza partnered with the schools and received over $1 million for the Leeza Gibbons Memory Foundation (now known as Leeza’s Care Connection). “Seeing my name on an award next to the name Andrew Gomez gave me chill bumps because I have such respect and reverence for his legacy and the genesis of this event,” Leeza said. “I am proud, humbled, and more committed than ever as I put this award in a place of the highest honor in my life.”

Paul Mitchell Cofounder and Chairman John Paul DeJoria acknowledged the schools’ longtime support for Food 4 Africa, an organization close to his heart. He also introduced Earvin “Magic” Johnson to talk about the work done by his Magic Johnson Foundation. “Thank you for being there for all of us, caring about this world, wanting to make a change in this world,” Magic said. “Thank you, thank you, and thank you from the bottom of my heart.” To date, the schools have donated $780,000 to Food 4 Africa and $530,000 to the Magic Johnson Foundation.

Referring to his new movie, The Skin Trade, actor Dolph Lundgren said, “I have two daughters, 13 and 18, and I had to get into the space of how would I feel if those were my daughters. . . . I started thinking, How can I help out? . . . I want to thank you guys for helping CAST. You make a huge difference!” To date, Paul Mitchell Schools have donated $100,000 to CAST.

In their after-school programs for deaf and hearing-impaired kids, No Limits helps children develop language through tools such as their theme-inspired cowboy and jungle classrooms. “Now we have the most important room ever,” said comedian and motivational speaker Kathy Buckley. “The Paul Mitchell room! Our kids are going to learn a whole new language about nails and hair and shampoo.” To everyone’s delight, Kathy welcomed three adorable guest speakers. “These kids just started this year and they had no language,” Kathy said. “Ashley, do you have something you want to say?” Ashley replied, “Do you want to have a haircut?” To date, Paul Mitchell Schools have donated $666,575 to No Limits.

Thirst Project founder Seth Maxwell and Eden Sassoon, daughter of Vidal Sassoon, spoke about the global water crisis and how the FUNraising campaign can help. “This is the most incredibly generous, loving, warm community and family of people in the world,” Maxwell said. “You have a chance to make a radical difference in someone’s life and you’ve done that.” To date, Paul Mitchell Schools have donated $125,000 to the Thirst Project.

Fran Drescher described a new program made possible by Paul Mitchell Schools’ support. “With your help, you’ve given us wings to pursue our Detox Your Home program, which is so important, and especially for young people.... It’s fun, it’s informative, and it helps kids start thinking about what foods they’re eating.” To date, Paul Mitchell Schools have donated $680,000 to Cancer Schmancer.

Speaking on behalf of Children’s Miracle Network Hospitals, cofounder Marie Osmond said, “Every minute, 62 children enter a children’s hospital …. These miracles happen because of your passion and dedication to help and save these beautiful babies’ lives. We are honored that you support us and I am honored to be in this room full of magnificent hearts.” To date, Paul Mitchell Schools have donated $1.1 million to Children’s Miracle Network Hospitals. 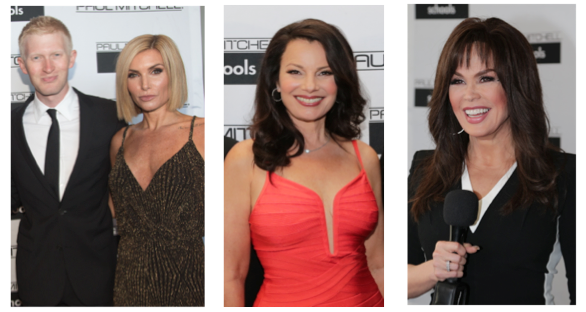 Habitat for Humanity partner homeowner Yvette Nelson described her journey and shared her story. A recovering addict with 19 years of sobriety, and a mother of three who lost one son to homicide, she now works for a Skid Row organization that helps people with mental illness and AIDS. “I’m really grateful that I’m going to live the American Dream,” she said. “Life is okay. It doesn’t matter where you are; it’s how you live it. Habitat for Humanity has been awesome to me. …. It’s not a handout, it’s a hand up.” To date, Paul Mitchell Schools have donated $370,000 to Habitat for Humanity.

Representing the foundation bearing his name, Gary Sinise appeared with U.S. Army Staff Sergeant Travis Mills, a wounded hero who lost both of his arms and legs while on active duty. “Freedom is a precious, precious thing and there are sacrifices being made every day for that freedom we all enjoy,” Sinise said. “We could never do enough for the men and women who defend and serve our country; we can always do more, and that’s what you’re doing here at the Paul Mitchell Schools.” To date, Paul Mitchell Schools have donated $510,000 to Gary Sinise Foundation.